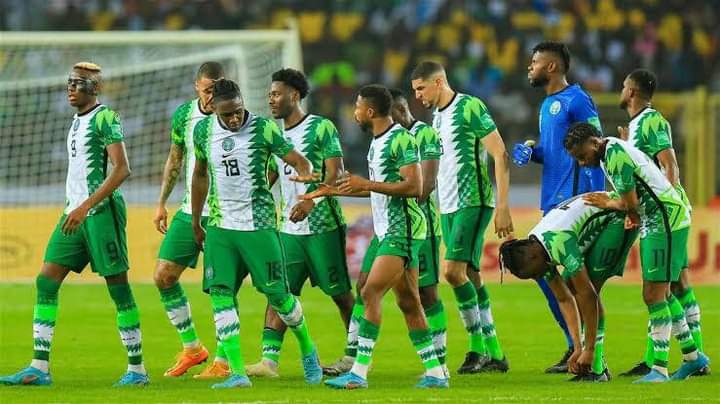 At the Miloud Hadefi Olympic Complex tonight, Algeria Desert Foxes will play host to the Nigeria Super Eagles in a friendly encounter. The game will begin at 8 o’clock in Oran’s Miloud Hadefi Stadium.

Both nations were unable to earn a spot in Qatar for the 2022 World Cup. Nigeria was eliminated by Ghana after a goalless draw away and forcing Ghana to a 1-1 game in Abuja, but Algeria lost the World Cup ticket to Cameroon, winning 1-0 away before losing 2-1 at home. Ghana qualified as a result using the away goals rule.
Before today’s game, the Super Eagles forced Algeria home-based squad to a 2-2 game on Saturday. Before this game, there have been 21 meetings between them. Both teams have won nine games apiece, while their other three matchups have ended in draws. The two nations last faced off in a friendly in 2020, which the Greens won 1-0.
William Troost-Ekong, Semi Ajayi, Wilfred Ndidi, Henry Onyeku­ru, and Victor Osimhen are all set to be out injured for this game for Nigeria. Samuel Chukwueze and Ahmed Musa are both ineligible due to physical limitations.

In the meantime, Super Eagles traveled to Oran, a coastal city, where they were to take against Desert Foxes.

On Monday night, the athletes participated in their first practice at the Stade Olympique d’Oran (Bir El Djir).

5 Reasons Why Your Kids Should Engage in Sports