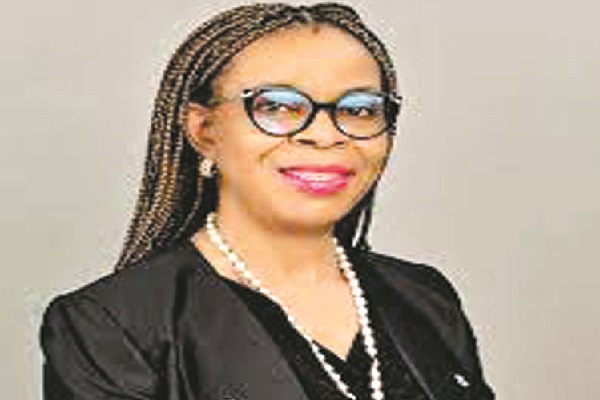 As you are aware, the Lagos administration has set ambitious goals to promote transformation. What objectives does the Ehingbeti Economic Summit have?

I believe Ehingbeti should be viewed as a platform signifying that everyone in Lagos should be thinking about Lagos. Ours it is! In essence, the term refers to the central business district of Lagos, which has been a hub of commerce and interchange of products since before the arrival of the British. Ehingbeti thus denotes vitality, connection, trade, and riches.
Lagos must have been in the mood to maintain its fantastic momentum from the previous year’s Summit in order for the state to think about numerous key transformations, become a role model for inclusion and talent development in the nation, and be recognized as the leading engine for the economy.

What may Lagosians anticipate from the Summit this year?
The summit this year is focused entirely on Lagos’ future. The knowledge that the Lagos State government and the business sector have the best interest of Lagos and Lagosians at heart should give Lagosians some solace. This year’s Summit will offer yet another platform for Lagosians to express their ideas with the state government, which is open to hearing them.
We also expect that a lot of good ideas will then be translated into policies for the development of Lagos and eventually executed as programmes and initiatives in the state. Lagosians should expect to get additional clarity around what Lagos will look like in 30 years and their role in making that future a reality.
What have some of the past summits’ successes been?
The rail lines, namely the light rail lines, are the ones that immediately come to mind (and I suppose since the commissioning is presumably imminent). This is a triumph. At least one of the blue and red lines will be put into service this year after the project was first suggested in 2008. Work on it began in 2009. I also know that projects like the Ikoyi Link Bridge were born out of earlier Summits. It’s incredible how the Link Bridge has come to represent Lagos. No matter what movie you’re watching, as soon as you see the bridge, you’ll know you’re in Lagos.
I agree with the notion that one sign of a developed area is the ability to tie built-up architecture to the area. It is a sign of success to have something like this (the Link Bridge) in Lagos. The second is the Independent Power Plants (IPPs) conceptualized in 2000 . Six IPPs were initiated in 2013. Also, the Pen Cinema Bridge building started in 2017 and was commissioned in 2021.
The major one to talk about is the Deep Sea ports at Lekki. Construction started in 2017. It is set to be fully open this year. There is the Imota Rice Mill, built in 2021 with full production scheduled to start fourth quarter of this year. We have the Lagos Home Ownership Mortgages Scheme inaugurated in 2014. We can talk about the State Security Trust Fund – launched in 2009. It continues to be a live example of the public-private sector coming together for the sake of Lagos. There are many more.
What demographics do you have in mind for this year’s summit?

Our target audiences for the Summit this year are anyone and everyone who loves Lagos. Lagos is the location of the market. I frequently make fun of people by saying that in order for the black man to succeed, Africa, Nigeria, and Lagos all need to succeed as well. The typical Lagosian aspires to success and imagines a brighter future. Our intended market is this group. You are aware that using a mixed form of engagement has become standard since the pandemic. Because of this, this year’s Summit participants do not all need to physically congregate at the Eko Hotel; participants can join online and still participate from wherever they are.
So far, 211 resolutions have been put into practice. How many resolutions have already been made and how many do we hope to make this year?

95 percent of the 211 resolutions have either been implemented or are in the process. That is more than 200, and I believe just 10 or 11 have yet to be put into practice. I’m not sure I can quantify the amount of resolutions we hope to have. This is so because dialogues usually develop naturally throughout the course of the Summit. I am aware that there will be ideas over the course of the two days—the 11th and 12th of October 2022—and that we will turn those thoughts into resolutions. From earlier peaks,
between 20 and 25 resolutions have been agreed upon. I am not sure that there is a number we are targeting, but we are sure that we would get ideas that would further propel the development of Lagos.
Who are the most esteemed dignitaries anticipated to attend the Summit?

The summit is anticipated to draw a large number of business leaders from a variety of industries, including the financial sector, energy sector, professional services, conglomerates, manufacturing, entertainment, public sector, development partners, and many more. For instance, we will be speaking with the Chartered Institute of Bankers in a few days, and we anticipate a sizable turnout from their members. You recall that I informed you that this year’s Summit will center on long-term planning; we are aware that our kids will be crucial to the plan’s success.
As such, a number of youth dignitaries from different industries will also be there. From where I am from, I will not mention anybody’s name until I have their permission to do so, but I know that we are expecting some very important and interesting personalities to be at the Summit. Attending the Summit will be a worthwhile endeavour.

The government is convening the economic summit to bring businesses, to determine what the state needs to do to improve conditions and opportunities for local businesses to create jobs.
What do you anticipate of Lagosians?

Simply put, it means “let’s work together,” and I suppose it has two elements. One, there are those who simply adore Lagos, live there, work there, and attend school there. These people are Lagosians, and they help to shape the city of the future. Two: We must all understand that cooperation is required if we are to build the Lagos of the future. For instance, it is not just the government’s job to fix the clogged drainage systems that cause flash floods; everyone must contribute and cooperate in order to achieve the desired drainage system.

What happens following the Summit?
Some of the suggestions and decisions made at the Summit will be incorporated into the 30-year plan for execution afterward. We would begin to carry out the plan in methodical steps. According to what I hear, starting this year, The Economic Summit Group’s work does not end with the Summit. So, we’ll keep working to hold accountable those who need to be held accountable—asking the proper questions and monitoring the Summit’s resolutions as they’re being implemented.

What predictions do you have for Lagos in the foreseeable future?
I can still recall the worry that Lagos would be demoted when the Nigerian government’s headquarters were relocated to Abuja. This has not taken place. Since it is much harder to succeed at practically everything without Lagos, Lagos has remained the hub of activity for people, businesses, governments, and foreign partners, and I do not see that changing. Just to speculate, let me state that I think Lagos is the key to the success of the black race.

According to Dina Twumasi, a global brand, Rita Dominic, after her marriage would have to be called Miss Fidelis Anosike. A feminist has expressed disappointment...

According to Dina Twumasi, a global brand, Rita Dominic, after her marriage would have to be called Miss Fidelis Anosike. A feminist has expressed disappointment...

Have you ever been stressing about looking for the best European countries to work in 2022? Chill everything about it will be unveiled here....

Melissa Highsmith, 53, was abducted by a babysitter from her home in Fort Worth in 1971 when she was just 22 months old. An American...

By Ikenna Uwadileke The United Kingdom and Nigeria said the trade volume between the two countries stood at 5.5 billion pounds. This is contained in a...