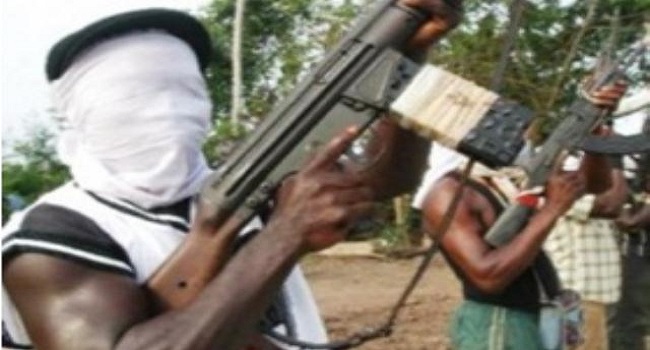 The abductors accosted the abducted policemen, who were serving at the Zone 2 Police Zonal headquarters in Onikan, Lagos State, around 2:30 pm on Thursday afternoon and whisked them away to an unknown destination, led by one Inspector Oladipo Olayemi.

According to reports, the abducted police officers arrived in Ogun State for an investigation and were properly registered at the Wasinmi Divisional Headquarters before proceeding to their primary assignment in the area when the incident occurred.
A source disclosed that the commercial driver, who conveyed the three security operatives to their place of investigation, escaped by a whisker from the kidnappers and consequently reported the matter at the Wasinmi Police Station.
However, the development compelled the Divisional Police Officer (DPO) in Ewekoro to dispatch operatives under his command in search of their missing colleagues.

The State Police Command’s spokesperson, Abimbola Oyeyemi, confirmed the incident but stated that only one police officer was abducted.

Oyeyemi assured the victims that the Command had already deployed operatives from the Anti-Kidnapping Unit (AKU) on the trail of the kidnappers.
“We’re on the hunt for the kidnappers.” Do you believe we will remain silent? “We will find them and rescue the victims unharmed,” said the PPRO.